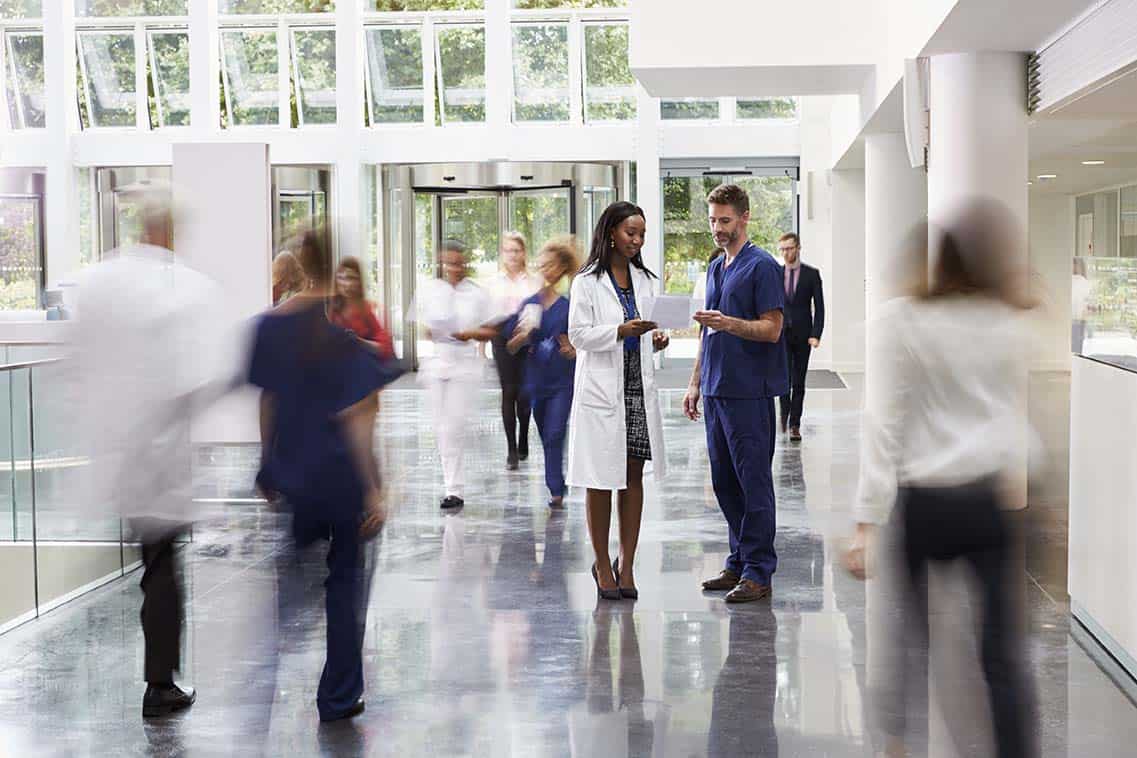 Imagine the picture-perfect scenario where all departments and employees across an organization have the same, current, and accurate information upon which they can rely to do their work and run their businesses.

In order for this to happen though, organizations first need a single source of truth for their dataset, one shared platform as the sole, trusted place to derive business insights; a place where all data lives; the source of the “golden record”. And they need procedures that will push data from the source out to integrated systems, keeping everything in sync.

With a single system of record there would be no dispute or questioning which metrics are more accurate. All customer data would be housed in one place, giving employees a clear customer profile.

This was the goal for Kindred Healthcare.

Through various acquisitions, Kindred found themselves with multiple CRM-like platforms and other integrated data systems. Each division of the organization had their own dataset and their own processes. This resulted in a lot of company-wide data duplication, rife with inaccuracies, and outdated or incomplete information. Ultimately the problem became a complicated and convoluted mess of bad data.

“Our biggest source of bad data was a fragmented user base, and entering data in multiple tools without having knowledge of what might already be entered elsewhere,” said Josh Cates, Senior Programmer and Analyst at Kindred. “Additionally, our data validation at the point of entry wasn’t consistent across the various tools, allowing for too much variation in the data that we ultimately needed to merge into a single platform.”

Though the problem of dispersed and disparate data affected all functional areas of Kindred, it had its greatest impact on sales. As a result of the disjointed data, the sales team didn’t always have key information available about previous interactions with customers. In some cases, sales managers were unable to find the activities of their sales teams because the information wasn’t where they expected it to be. Searching for correct information, working from incomplete information, and the inability to track business was making it really hard to deliver on expectations.

Kindred’s goal was to push all the disparate data over to Salesforce Sales Cloud, making Salesforce the system and source of record, acting as a master data repository. All Salesforce account records would act as the single source of truth. Further, Kindred needed to be able to link and update records integrated and alternate systems to their corresponding Salesforce account. Most importantly Kindred needed to do all of this both without creating new duplicate records and while also eliminating already existing duplicates.

“When we began the process of moving all divisions into [Salesforce] we knew that integrating the data from all those sources was going to be problematic, so we started investigating solutions.”

That’s when Kindred turned to Cloudingo.

The Solution: Shuttling Data via the Cloudingo API

“We decided to move forward with Cloudingo because it let us clean the data as it was coming in to Salesforce from other sources, rather than having to get the data into [Salesforce] and then clean it,” Josh said. 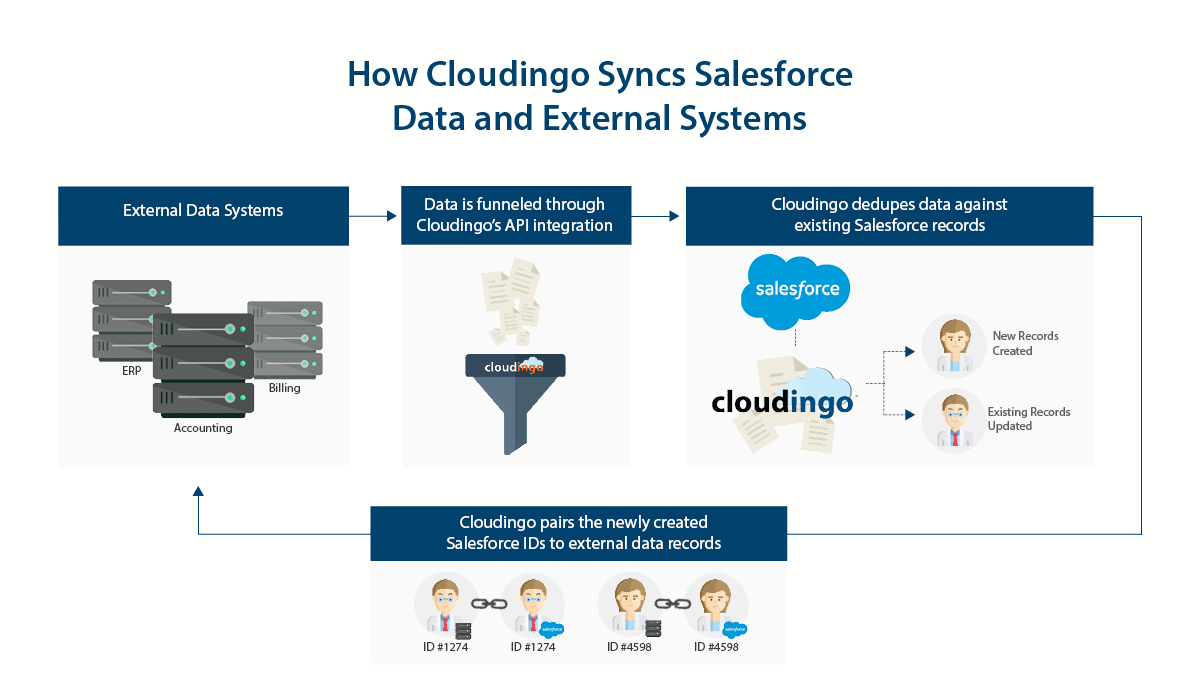 In their initial stages of using Cloudingo, Kindred had over one million records from outside systems that needed to be dumped into Salesforce. Cloudingo’s API integration found more than 30,000 records that matched existing Salesforce records. Cloudingo prevented the migration process from creating those duplicate records, and instead linked the 30,000+ records together with their existing match in Salesforce using Salesforce ID numbers.

Performing data migration can be a daunting task and does not come without hurdles. “Our biggest challenge was getting our data matching rules setup correctly,” Josh said. “The Cloudingo team was great at guiding us through this process to make sure we had what we wanted, as well as providing strategy tips to make sure our rules were just right.”

How the Ongoing Process Works

Data cleansing and syncing is a daily task at Kindred. Each day Kindred performs a process to shuttle and update 700,000 records from outside systems into Salesforce.

The entire process is fully automated, so Josh and his team don’t have to worry about continual monitoring. “We just let it run,” Josh said. “We are light years ahead of where we were two years ago.”

In the event that a process fails, Kindred is notified via Cloudingo’s built in monitoring and alerting. However, Josh did encounter an instance where an internal outage or failure caused the Cloudingo integration to shut down. “Luckily our Cloudingo rep noticed that our regular processing hadn’t run as expected, so he reached out to us to make sure everything was okay. We were very pleased with this proactive approach. Our relationship with Cloudingo has felt more like a partnership rather than, a vendor who just sold us something with support if needed.”

A Tip on Validation Rules

In addition to using Cloudingo for data quality, Kindred also performs data validation on the front-end. “This helps fix user errors and increases data quality overall,” Josh said. “We’re continually cleaning our Salesforce data on a daily basis to catch anything that may have slipped through the cracks.”

However, Josh advises other Salesforce administrators and database managers to not hold a belief that validation rules alone will prevent bad data from ever appearing. “The ability of users to find creative ways to get bad data past your rules is nothing short of astonishing,” he said.

The Result: A Single Source of Truth

Josh largely attributes Kindred’s high data quality to Cloudingo. “Our comfort level in our data is very high now. It wasn’t in the past,” Josh said. “Now we have a single source of truth about our customer data, and we’re in a position where we’ve got the data clean, it’s staying clean, and it’s all tied together.”

Get clarity. Say goodbye to messy and confusing Salesforce data.